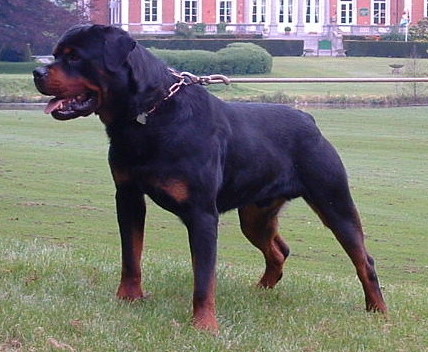 Bodo was born with us and descended from the best Austrian-German working lines of its time. He stayed until the age of 2 years in Sweden, after which he returned to us. He was an ever-cheerful dog, large and powerfull build, was very intelligent and not friendly with strangers. His dominance was extremely high, his self-confidence was also extremely high and its sharpness was much higher than average. He had an extreme food and balldrive and was very easy to focus. In the bitework, he had a full, calm and hard grip. On exhibition he was V. 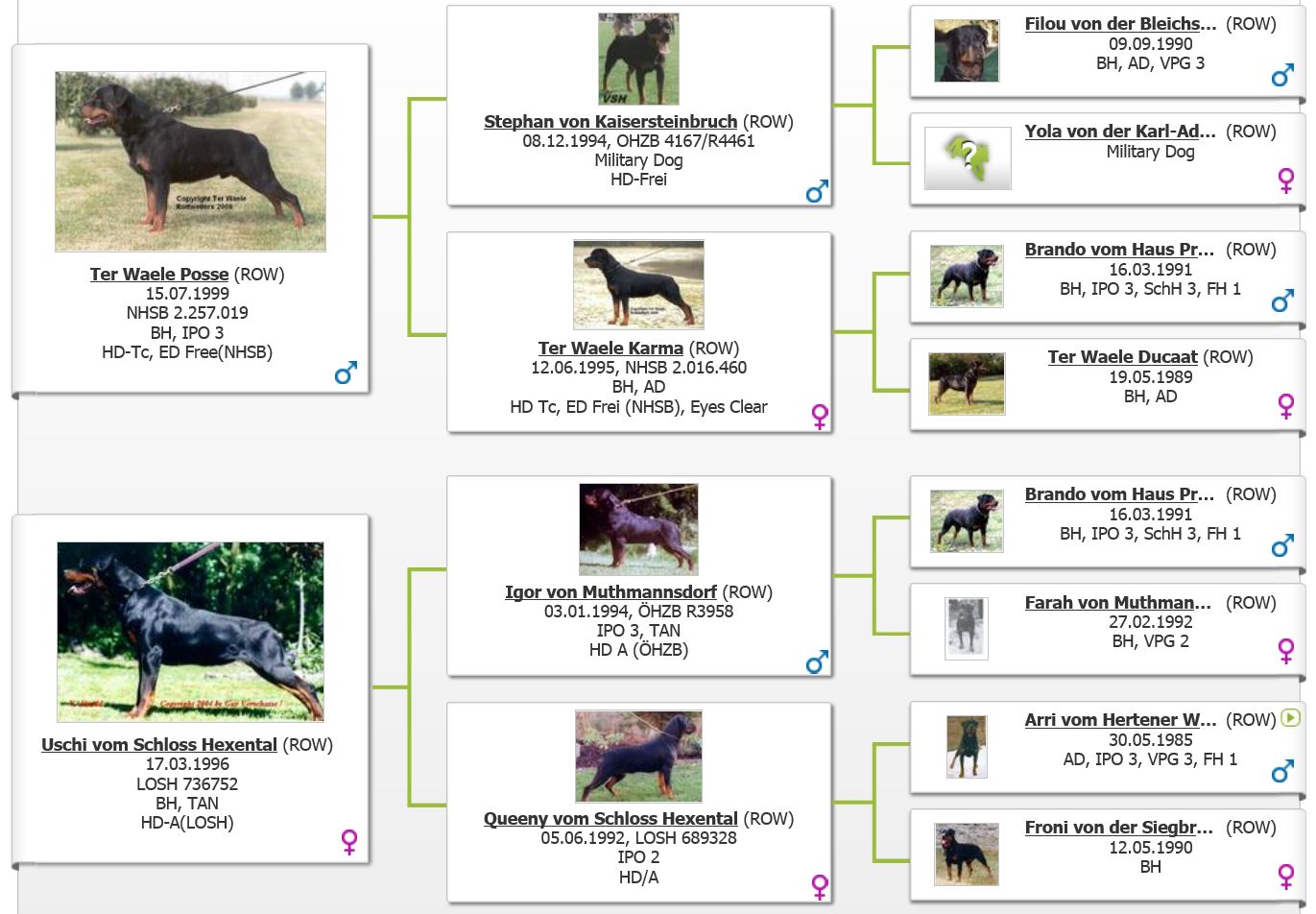 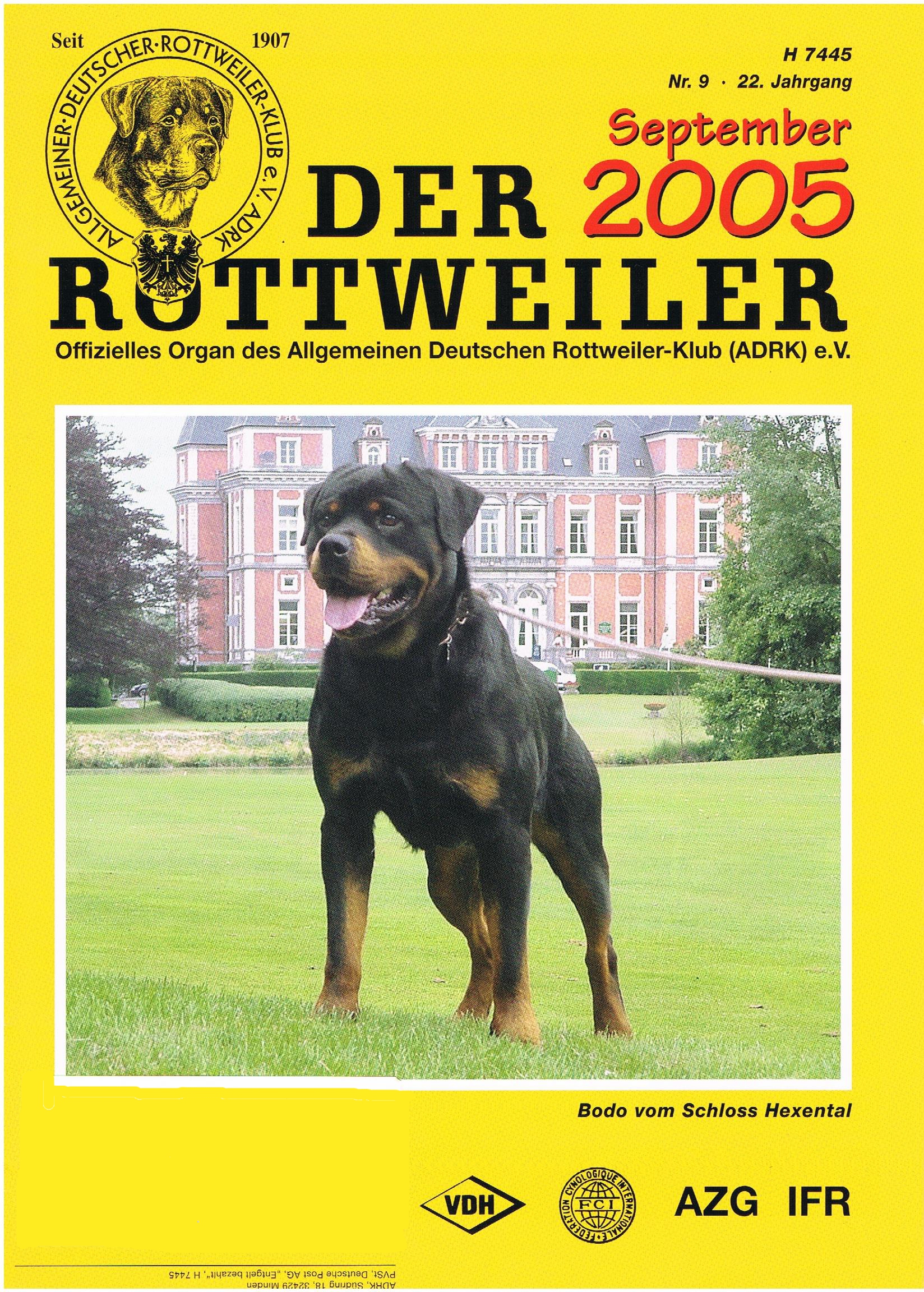